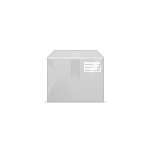 Sika® Aktivator-205 is a solvent-based colourless clear adhesion promoter, which reacts with moisture and deposits active groups on the substrate. These groups act as a link between substrates and primers or sealants / adhesives. Sika® Aktivator-205 is designed for the treatment of bond faces prior to application of Sikaflex® and Sikasil® adhesives and sealants.
Hind:
21,04 €