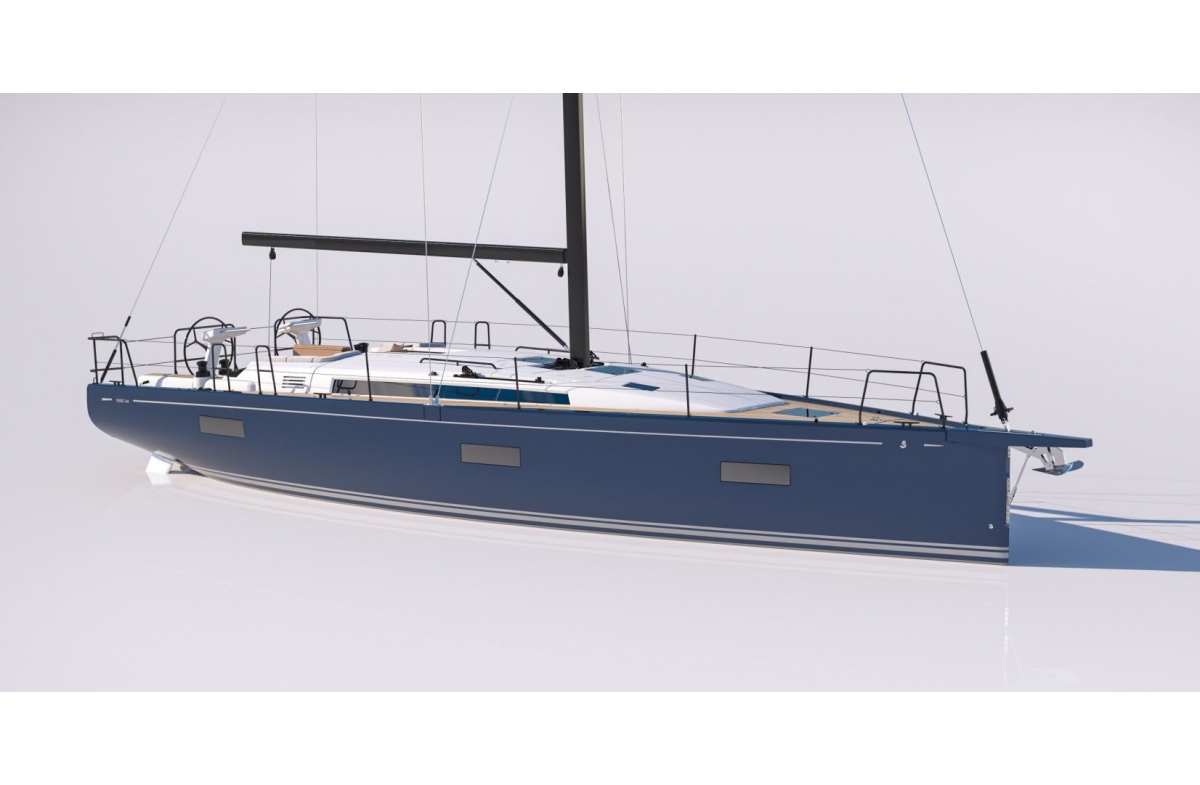 “FIRST was born forty-five years ago with the launch of the legendary FIRST 30, and we doubly celebrate the occasion this year with the announcement of the FIRST 36 in January and the arrival of the FIRST 44 today, finalizing the renewal of a standard-bearing range now entirely redrawn and complete”, says Yann Masselot, BENETEAU General Manager. “ The boat pencils itself in among such great 40’ to 45’ BENETEAU yachts as the FIRST 40.7, the 45f5 or more recently the FIRST 40 and 45”.

The main points to remember:

- The FIRST 44 is presented in two main setups, FIRST 44 and FIRST 44 PERFORMANCE, with a different deck plan and options for keels and masts.
- She offers a streamlined interior layout that is modern and luminous, with a blend of white lacquered surfaces, moulded woods and tasteful upholsteries.
- She is crafted and finished in a dedicated workshop that delivers the full scope of BENETEAU expertise.
With the new FIRST 44, BENETEAU draws to the noblest expression of the term “racer/cruiser”: an elegant and comfortable yacht that provides unequaled pleasure under sail.
In keeping with the scientific approach honed with his work on America Cup racers, Roberto Biscontini went through several revisions and improvements to finally deliver a powerful and well-balanced hull, which is coupled with an ample sailplan to deliver spend and vivacity in any conditions. 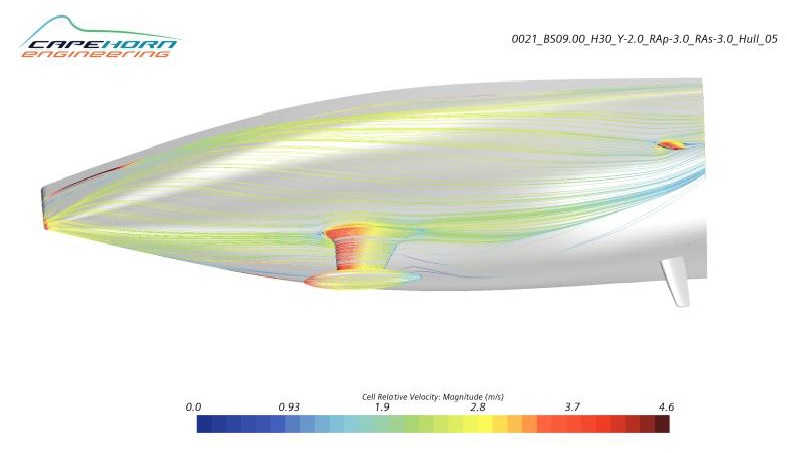 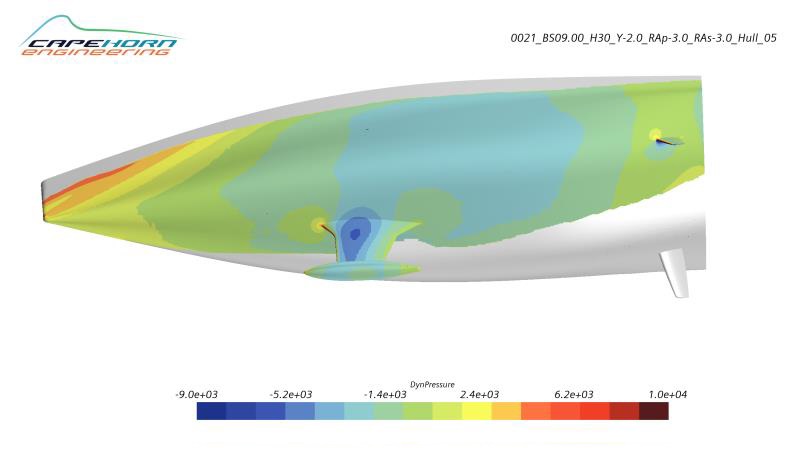 The FIRST 44 was imagined with two deck layouts to satisfy a greater variety of wishes and needs. 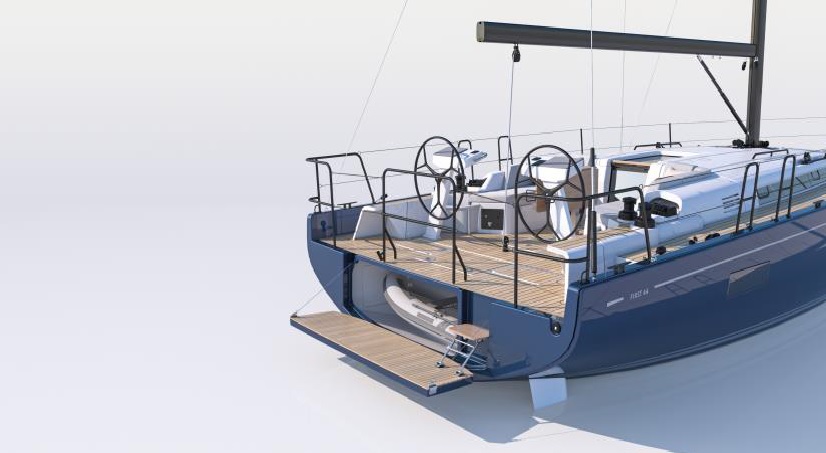 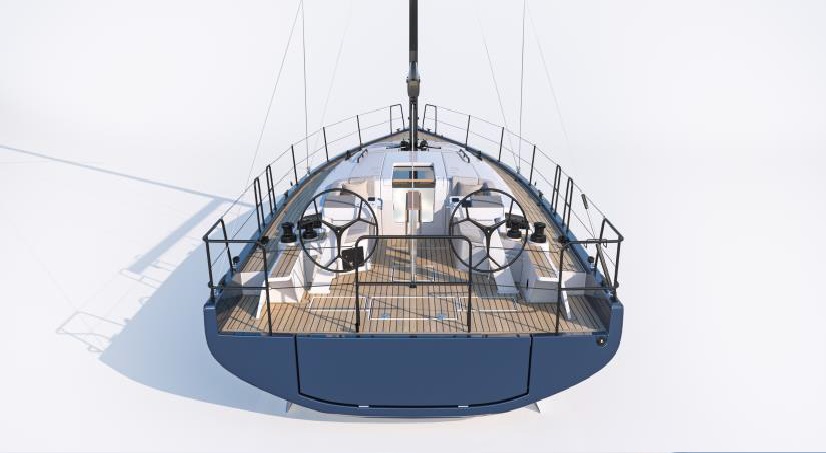 The FIRST 44 version distinguishes itself with a convivial and comfortable cockpit, wherein wide side-decks converge towards a lovely cockpit table. Four winches, a fixed centerline block for the mainsheet and a mast that is set further aft all maximize the potential of her modern sailplan, defined by a slender mainsail and generously sized foresails.

With the intention of making serious performance even more accessible, BENETEAU used the experience acquired with the Figaro 2 and ballast systems to deliver this technology to FIRST 44 owners; twin 80-gallon ballast tanks, activated electronically from the helm stations, offer the possibility of reaching the boat’s full potential with reduced crew. 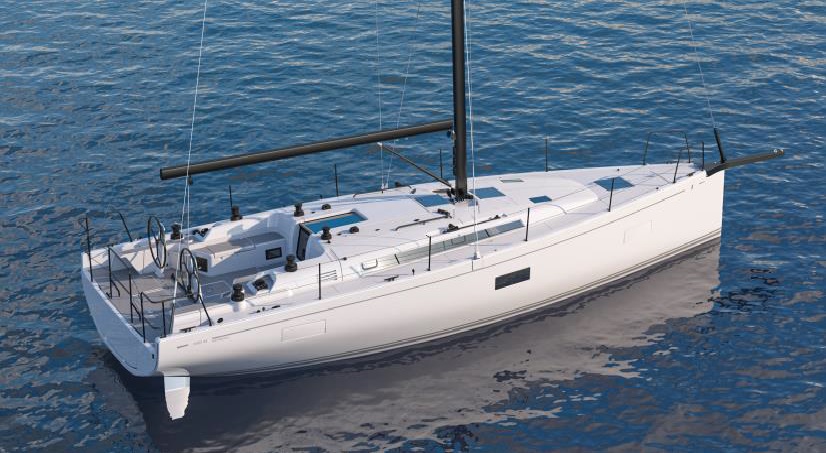 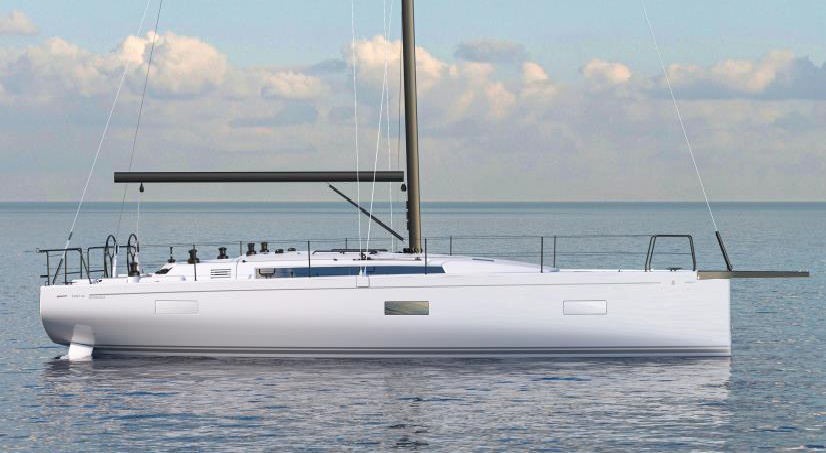 On the FIRST 44 PERFORMANCE, deck ergonomics were studied and developed with fully crewed regattas in mind. Equipment and systems are totally geared towards racing, among which should be mentioned the foam non-skid surfaces that replace the teak on the cockpit sole, six well-placed winches and a conventional mainsail traveller. The rigging and sail setup include a 4 ½’ bowsprit, a hydraulic backstay, a powerful in-hauler system and a performance keel/mast combo that will satisfy the most demanding captains and crews.

A SUPERIOR STANDARD OF ACCOMMODATIONS

The FIRST 44 is infused with Lorenzo Argento’s style, a distinctive blend of elegance and modernity. Her three-cabin, two-head layout is an assemblage of quality materials interwoven into a masterful finish. In the salon the six-seater transversal table lays opposite of the couch and nav station; its positioning in relation to the mast eases the movement between galley and master stateroom, thereby accentuating the feeling of space.

This arrangement is enhanced by superb craftsmanship, a refined combination of white lacquered surfaces, moulded woods, touches of indirect lighting and a large selection of luxurious upholsteries. 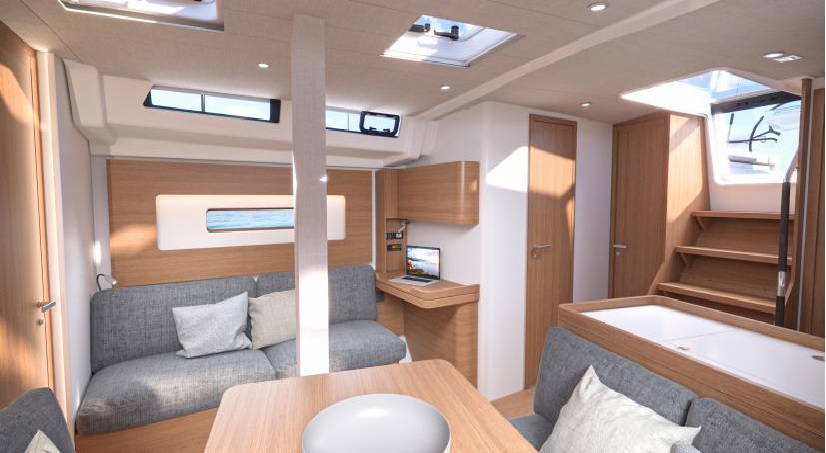 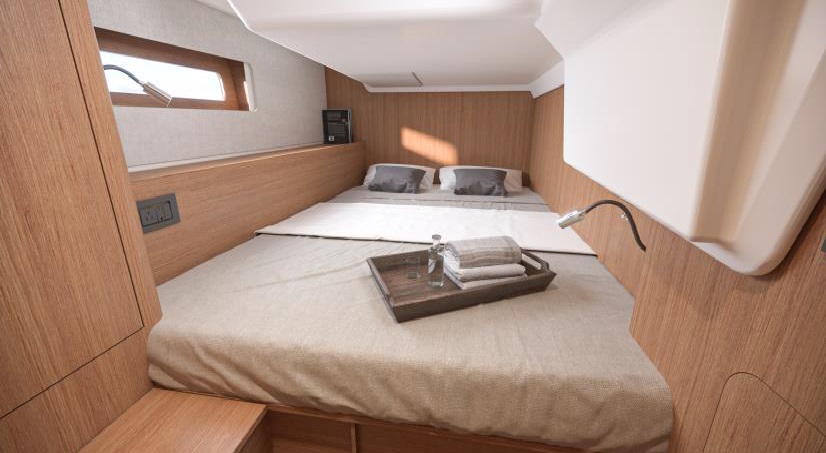 EXPERTISE AS A CORNERSTONE

Assembled in a specially dedicated workshop, the FIRST 44 takes full benefit of BENETEAU’s expertise and the knowledge of the industry’s sharpest minds. Subjected by their owners to the rigors of the offshore racing, FIRSTs are always the result of a rigorous development and perfection process. Engineering for the FIRST 44 was entrusted to the Mer Forte firm, well known for its work on high-end blue-water race boats, including the celebrated Figaro BENETEAU 3.
The result is a “full infusion” yacht on which the distribution of weight is a key factor. The FIRST 44 PERFORMANCE is 1100 pounds lighter than the FIRST 44 and its deck layout is the result of a multidisciplinary collaboration involving Roberto Biscontini, Lorenzo Argento, Hughes Destremau (North Sails), Michel Sacaze (Harken), William Thomas (Sparcraft) and the BENETEAU project team.

Roberto Biscontini (naval architect)
“The objective with the entire FIRST 44 team was to refine the concept of Performance Cruiser, which isn’t an easy undertaking because the architecture of these boats rests on many contradictory requirements. We tried to find the correct balance between cruising comfort, performance, and safety, and we are quite satisfied with the final result. The new FIRST 44 shares the style and the elegance of the FIRST 53, and is similar in the organization of space and volumes; yet certain elements and characteristics of her design take her a step further in her quest for performance.”

Lorenzo Argento (designer)
“I wish to sincerely congratulate Roberto for successfully creating this hull/mast/rigging combination, which gives us an extremely pleasant and performant yacht on the water. At our level we tried to reproduce this fluidity and this spirit through the deck design and interior arrangements, by both maximizing the use of volumes and minimizing the impact of whatever restriction we encountered. For example, the position of the mast had a great influence on the way the interior is arranged, and we were able to draw up a practical and harmonious solution for the table-galley-sofa area.”.

The FIRST 44 will be actively tested this summer before her world premiere at the 2022 Yachting Festival de Cannes.